Kick Springtails Off Of Your Property!

We keep springtails and 70+ other pests off of your property with our eco-friendly, pet-safe Power Sprayer Treatment. If pests come back, so do we!

Your Neighbors Love Us

After helping thousands of your neighbors keep their homes pest free, we’ve earned 500+ positive reviews online. See what others have to say!

“I used Newman’s Pest control company for about 6 years. I am very happy with the standard monthly service. But the real test is their quick responsiveness to an issue outside of their normal service. I give it 5 stars.”

Our eco-friendly pest control services keep springtails off of your property!

Keep springtails and other annoying pests out of your home without sacrificing the health of your family & pets. We use the safest, highest quality product in our pet & kid-safe Power Sprayer Treatment to keep springtails and 70+ other common pests off of your property. If you’re experiencing an infestation, schedule a free inspection and we’ll send our team of fully licensed and bonded professionals to inspect your home. If pests come back, so do we – it’s our pest free guarantee! To learn more about the other pests we control, click here!


Get A Free Inspection! 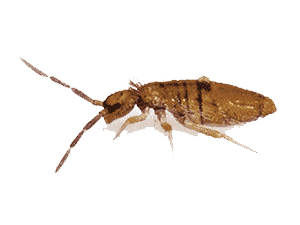 Noticing Springtails Around the House?

Keep Springtails Out of Your Home

Read below to see how Springtails are harmful, and how we get rid of them. 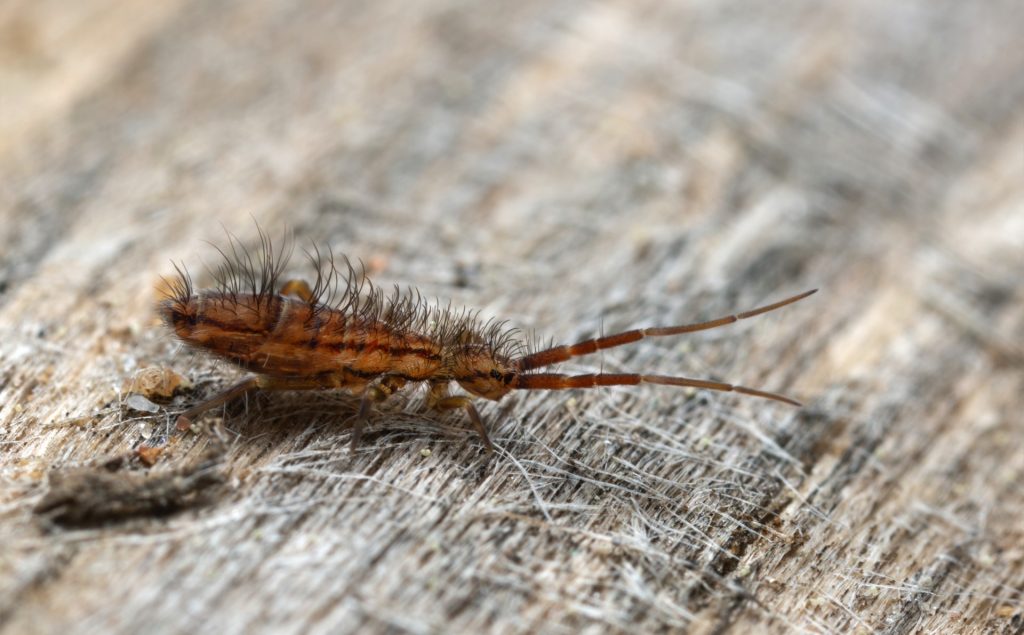 A springtail crawling across a living room floor.

For some, one of the most appealing things about winter is the lack of bugs. While most of the mosquitoes, ticks and stinging insects have disappeared, springtails are one pest that can be found hopping around in a fresh layer of fallen snow. Springtails, also known as snow fleas, are small hexapods that utilize a protein in their body that allows them to survive harsh winter temperatures. These tiny critters are actually not fleas but get their unique nick name from their ability to jump from place to place, an action similar to that of fleas. This jumping action is more noticeable in the winter when springtails’ dark bodies stand out against the snow.

Springtails “breathe” and absorb water through their body covering, because of this springtails need a constant source of moisture to prevent them from drying out. However, if the ground becomes too saturated with water they will emerge from the ground in very large numbers; the same can be said for when the ground becomes too dry. Outside, springtails feed on decaying vegetation, bacteria, insect feces, and pollen; helping to release nutrients back into the soil. If the weather outside is not conducive to their survival they often migrate inside underneath of doors and through small cracks and crevices found in exterior walls. Inside they can be found in damp areas like bathrooms, basements, crawl spaces, kitchens, on window sills, and in the soil of potted plants. Springtails are active year-round, some species can be seen jumping across snow and are referred to as “snow fleas.”

Where Do They Usually Hide?

With their ability to withstand almost all types of climates, springtails are found throughout the U.S. They prefer very moist conditions and are often found in damp soil or decaying logs. In the winter, springtails tend to be out and about on sunny days in large numbers, usually surrounding the bottoms of plants where snow has melted. Because of their small size, springtails are hard to see and difficult to find. When looking at a fresh layer of snow, it may look as though someone has sprinkled pepper flakes or ashes across the snow. During the summer, springtails tend to flock near moist areas, such as a pool or air conditioning drain line.

How Can You Identify Springtails?

Springtails are a tiny pest, adults grow only to between 1/32 and 1/8th of an inch in length. Springtails are soft-bodied, wingless, and have 6 legs. Their most distinctive and well-known feature is their furcular, a tail-like appendage that is found underneath of their abdomen. The furcular releases from their abdomen and sends the springtail flying into the air. To the naked eye springtails look gray, but they actually come in a variety of colors including blue, purple, yellow, gray, and/or orange.

How Do You Prevent Springtails?

Springtails are beneficial arthropods because they feed on decaying organic matter in the soil, helping with the process of natural decomposition. However, if they find their way inside homes, their presence can be quite annoying. They do not pose a health threat to you or your pets because they do not bite and are not known to transmit disease. However, their mere presence in your home could indicate a moisture issue and should be investigated.

If you do find yourself dealing with a springtail infestation, look for signs of moisture intrusion that should be corrected and seal up any potential entry points that could allow springtails direct access indoors. Contact a pest licensed control professional if your infestation persists. 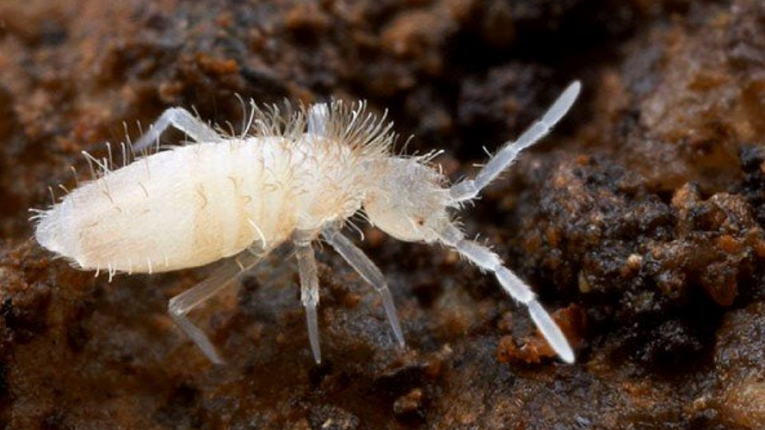 A springtail “snow flea” in search of food.

Control 70+ common pests with ease. We've removed thousands of pests from many homes & businesses across Las Vegas. Here's some of the most common. 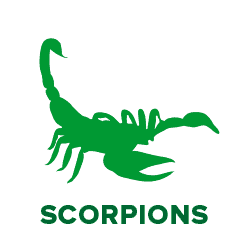 We specialize in keeping you safe from North America's most venomous Scorpion. 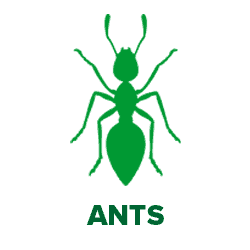 No one enjoys ants in the kitchen. We'll help you keep ants at bay. 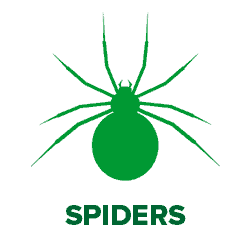 Spiders can be venomous and harmful to humans. We'll help you exterminate them.

Ready to Get Rid of Pests?